Did you know that Rum is the oldest spirit that has been discovered in the world and the first spirit to be manufactured and distilled for non-medical purposes? Well, now you do! Here are 10 more fun facts you never knew about rum.

1. The word “rum” was first seen in the mid-17th century, probably an abbreviation of “rumbullion” or “rumbustion” which are of unknown origin. This is how rum got its name.

2. Since 1770, especially in the Royal Navy, “grog” referred to a mixture of rum and water.

3. Admiral Vernon, who introduced the naval rum ration, was called “old grog” from his grogram cloak, so grog came to mean the drink.

4. The adjective “rum” meaning odd or strange was first recorded in 1766 though before that it was sometimes used to mean good or extraordinary.

5. “Groggy” then came to mean intoxicated (especially from rum and water) or staggering.

6. Rum is now associated with the Caribbean but there is some evidence that it was first made in New Guinea, the Canaries or even ancient China.

7. Sugarcane, from which rum is made, was introduced to the Caribbean by Columbus in 1493.

8. George Washington insisted that at least one barrel of rum be brought from Barbados for his inauguration in 1789.

10. “There’s nought no doubt so much the spirit calms as rum and true religion.” (Lord Byron). 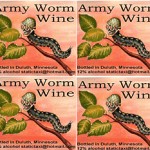