2014 FIFA World Cup partner Coca-Cola has launched a sustainability project to collect and recycle plastic (PET) bottles. Around 100 collection points have been set up in Rio, which will help remind people to recycle while also getting them excited about the major football event.

Coca-Cola has pledged to reduce the World Cup’s environmental footprint and increase the culture of recycling. The donated plastic bottles will be reused in the linings of 6,773 seats in the new Maracanã Stadium, the venue for the final match of the 2014 FIFA World Cup.

92% of Brazilians believe that the 2014 FIFA World Cup should be environmentally friendly, and 50% think that the stadiums should have facilities for recycling and proper disposal of waste. 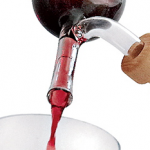