More than 300 pupils at a Limpopo school have to sit on beer crates because the provincial education department has not provided furniture for the past two years.

The plight of the pupils came to light when Democratic Alliance leader in the provincial legislature, Jacques Smalle, invited journalists to Raeleng Secondary School in Bela Bela.

It has 830 pupils, and 70 or more children in a class, which Smalle said was inhumane and not conducive to learning and discipline. The department recommends having no more than 35 children per teacher.

When African Eye News Service went to the school, more than 300 pupils were sitting on crates used to transport beer, tomatoes, and cold drinks.

The school is running short of textbooks for Mathematics, English, Economics, and Life Science for Grade 8 to 12 pupils.

“We believe that this is not an isolated incident. The Ulando Combined School in the same area also did not receive their textbooks for Grade 8 to 12 learners and is short of educators,” Smalle said.

In the 2013/2014 financial year, 60% of the department’s capital infrastructure grant was not spent.

The DA has written to Education MEC Ishmael Kgetjepe, asking him to urgently provide mobile classrooms, chairs and desks as an interim measure to address overcrowding.

The department’s provincial spokesperson, Dr Naledzani Rasila, said nine service providers had been appointed to send 42 000 desks to affected schools in the province. The distribution was expected to be completed before mid-year.

He said distribution of textbooks began in November last year. When schools reopened in January they had not received word of any shortages.

“If there is such a school without textbooks, we should blame the principals for not doing their job.”

Those schools that had received more pupils needed to tell the department, so they could get more textbooks, Rasila said. 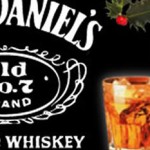