What makes you a true coffeeholic? How much do you love coffee?

Did you know a few of the most expensive coffee beans go through animal poops during production? Seriously!

There’s more than you know about your favorite joe that meets the eyes. History, world records, business, health, monopoly, and many more scintillating facts revolve around those savory brown beans.

If you didn’t know those facts until now, don’t worry, as we’re putting together seven amazing facts about coffee.

This article will illuminate you about this popular drink serving nearly four hundred million cups a day!

Coffee isn’t just a luxurious, bitter, and mind-boosting drink. Instead, every single cup of joe that serves a drinker carries hard work, investment, and gourmet. Each cup is a vessel for emotion, mood, and productivity.

Coffee is an enticing drink that brings together so many exciting activities. Things like coffee cocktails to jumpstart your day, coffee mugs to identify personalities, specific coffee mugs for wine lovers, etc., will boost your craving for coffee even more.

We love coffee too. And that’s why we’re bent on sharing with you the seven most astounding facts about coffee down below:

Ever been to the Qahwa House at Lombard, Illinois? Well, that’s the clue right there.

The name Qahwa originated from the Arabic word ‘Qahwah,’ meaning coffee. That’s the origin of your favorite drink’s name.

Coffee as an energy drink is traced back to the Islamic spiritual practice in the fifteenth century. The Sufi practitioners of the Islamic tradition drank it to stay up long into the night.

The Arabic scholars, royals, students, and people of higher social status entertained the coffee drink for conferences, performances, or studying. It became a ‘medicinal wine’ for them.

Finland is the largest coffee-consuming country in the world (as per World Population Review). The daily consumption per head is pretty high: four cups a day on average.

If that sounds a bit too high, then let us tell you that you might consume a high amount of caffeine every day without realizing it. You’d better use a caffeine calculator to find out and track your consumption.

Coming back to the Finnish, however, you might wonder what happened to their famous hard drinks like Kilju (Yeast and sugar alcohol), Lakka (Sweet cloudberry alcohol), Sahti (Finnish beer), etc., that they all came down to this tangy brown liquid!

Well, coffee helps the Finnish workers warm up through the harsh, bone-chilling ‘minus forty’ weather. It prevents them from not toppling over due to the freezing aura around them.

And did we tell you that there’s a Finnish legal mandate to have a compulsory ten-minute break at least twice every day? So much opportunity for more coffee.

This is genuinely interesting. And it intrigued us too. A cat drank coffee and went down in the Guinness World Record! Whoa!

But what’s the link between coffee and a feline’s world record?

Well, the cat, called Creme Puff, wasn’t an ordinary feline. It broke the record of the longest-living cat, aging 38 when it died in 2005.

But what about coffee?

Here’s the most surprising part. Creme used to drink coffee every morning! Would you believe that?

This bizarre habit of Creme supposedly helped her be highly immune to diseases and not die sooner. The age-defying cat lived way longer than its species (usually 12-18 years).

Thus coffee and the cat held a unique place in history.

You might know this, but we thought we might add this to the list, just in case. Using the term ‘coffee beans’ isn’t wrong, but it’s good to know that they’re actually ‘coffee berries.’ How so?

When you look at those reddish-orange fruits in a coffee tree, what do they look like? Of course, berries.

People often confuse them with cherries (easily mistakable). But they’re versatile in taste, unlike cherries.

The upper red skin layer of ripe coffee berries is thick and bitter. The next layer is very sweet and grapy. The next slimy layer protects the bean itself.

Technically, it’s true. But you can’t expect a goat to chew on coffee berries in a jungle and give reviews on it to people, right?

So, as most legends agree, what happened is that an Ethiopian goat herder, Khalid, found his goat enjoying some red berries while grazing. It seemed those berries made that particular goat highly energetic.

The goat didn’t sleep that night at all, which made Khalid spread the word to the locality the next morning. Eventually, coffee plants came to people’s attention and were later nurtured for their potential value.

6. The Most Expensive Coffees!

We’ve hinted at this at the beginning of this article. Remember, the most expensive coffee? Animal poop? That’s right.

The two coffee variants in this most expensive coffees list are processed through animals’ digestive systems.

Those two unusual yet priced coffees are Kopi Luwak and Black Ivory Coffee.

How are they made?

Kopi Luwak is made of Toddy cat’s poops. They love to eat the sweetest coffee cherries. When they digest those cherries, they’re naturally fermented and collected in faeces form. Afterwards, the producers roast them to find fresh, sweet, textured coffee content.

The same process is carried out for the Black Ivory coffee. The only difference is that here, the raw material remains the same (Coffee Arabica beans) and that they’re fed to Thai elephants.

Do you actually taste your coffee or just drink it to recharge your system? Do you buy coffee based on its taste, texture, or form?

Coffees generally come in two basic forms: Robusta and Arabica; if you didn’t know it.

Basically, the Robusta type is acidic and much sharp in taste, whereas the Arabica tastes much calmer and more delicate to the tongue. Arabic coffee is the most produced and marketed coffee species in the world (almost 60% of total coffee consumption).

And as for Arabica, its origin is Ethiopia and it belongs to the Rubiaceae family. Remember the Ethiopian goat herder from above? The legend seems to be a historical fact, indeed.

So, here’s our seven amazing coffee facts list for you. You don’t need to learn all these facts to grab a cuppa coffee and drink it, but they are indeed useful information.

There are many more interesting facts about coffee, and you, as a coffeeholic, should know them. Drinking coffee regularly makes you a consumer, but knowing and enjoying the coffee converts you into a true coffee lover.

Next time you sit with a cuppa coffee and are about to sip in, remember these seven awesome facts that make this favorite beverage even more precious. 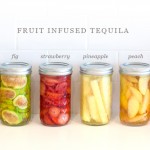