There’s an undeniable connection between getting a great sweat and knocking back beers.

Research shows that not only are athletes more likely to imbibe, but the harder we work, the more we drink. Carbs and calories aside, there are actually a lot of reasons for athletes to down a post-sweat pint or two. From reducing muscle soreness, replacing lost fluids, and maybe even preventing kidney stones, here are eight reasons you deserve, nay, need another beer.

In moderation, of course. Science hasn’t quite given us the data we need to consider beer a recovery drink, but it won’t add to your post-sweat hydration woes. A 2015 study in the Journal of the International Society of Sports Nutrition found that when 16 male athletes consumed either mineral water alone or beer plus mineral water after a sweaty workout, there were no remarkable differences between their levels of hydration. And, a 2015 study in the International Journal of Sport Nutrition and Exercise Metabolism found that light beer with added sodium actually helped with fluid retention post workout.

Beer really does make everything better, even that ache in your hamstrings. A 2014 study in the International Journal of Kinesiology and Sport Science found that athletes reported feeling less sore when they drank beer versus a placebo after a hard session.

It Can Prevent Kidney Stones

Over time, frequent dehydration can lead to kidney stones. But beer could help keep your kidneys in the clear. A 2013 study published in the Clinical Journal of the American Society of Nephrology found that most sugary drinks, like sodas and juices, upped a person’s kidney stone risk. But regular beer intake decreased a person’s risk by 41 percent, while wine decreased it by only 31–33 percent. 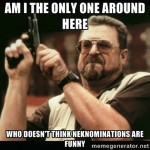