Beer. It refreshes and relaxes, it fuels sociability and cools the burn of spicy food. It is the most-widely consumed alcoholic beverage in the world, and the third most common beverage overall. It is the oldest alcoholic beverage produced and the oldest known code of laws (the Code of Hammurabi ca 1750 B.C.) called for the death penalty for drinking-house proprietors found guilty of watering down their beer.

But aside from the numero uno use for beer–drinking it is one of the most over-looked components of many a DIY solution to common household conundrums.

Here are 9 alternative ways to put your brew to good use:

Got some leftover beer that’s gone flat? Pour a little on a microfiber rag and rub it into your wood furniture to add a little shine and deepen the colour. 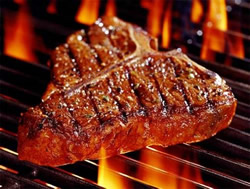 Firing up the grill? If you find yourself with a tough cut of meat for a barbecue, marinate it for an hour or so in some beer. The beer will infuse the meat with flavor and tenderize it while it sits, so it will cook up nice and juicy.

Limp, lifeless hair bringing you down? Drink a beer and maybe you won’t really care, or better yet, use a beer rinse to restore bounce and body. The vitamin B and natural sugars in beer add body and shine, while acting as a natural setting lotion that increases resilience, vitality, and hold. Pour one cup of beer into a glass and allow it to go flat and warm. Shampoo and rinse hair as usual. Pour the flat warm beer on your hair and work it through. Rinse thoroughly with cool water. 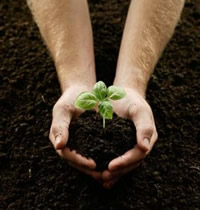 DIY Life claims that yeast is promotes plant growth. Their prescription: “…pour a few tablespoons of flat beer into the garden to cultivate the soil. The yeast-filled soil will help plants grow healthier and make your garden flourish.”

Put a piece of bread soaked in beer in a jar. Put Vaseline around the lip of the jar. Roaches are attracted, get in, and can’t get out. 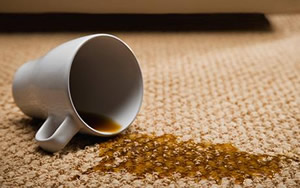 Getting coffee or tea stains out of your rug may seem as feasible as getting water out of a rock, but beer can be a miracle worker in this field. Colour test a small non-visible area first and allow to dry. If all looks well, then time to tackle the stain: douse it in beer, blot, repeat. For other types of carpet stains, try some of these tricks.

Put Out a Fire

Who needs 9-1-1 when you have beer? Kidding. Although certainly not as effective as a real fire extinguisher, a can or bottle of beer can be used in some cases. Because of the water content and pressure, you can shake a can or bottle and unleash the liquid on the fire. This is not for grease fires or electrical fires, really only for tiny paper fires or grill flare-ups–I’ve also heard of people who carry an emergency can in their car in case of engine fire. 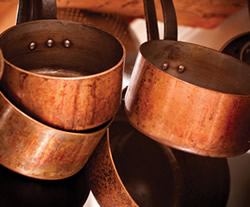 In the past, dregs of beer from spent kegs was collected and used to polish the copper vats in breweries. Because of beer’s subtle acidity, it can help boost shine without staining the metal like a higher-acidity liquid would. Try an inconspicuous test spot first–dampen a soft towel with beer, and buff

They say you can catch more flies with honey? Maybe they haven’t tried beer. Anyone with an indoor compost bin or worm farm had probably experienced a plague of fruit flies at some point. But guess what, not only do fruit flies dig fermenting organic matter, they love them some beer. Try this: put some beer in a cup; cut the corner off of a sandwich bag and place the cut corner in the cup; folding the rest around the cup and securing with a rubber band. Place the cup in the bin and say good bye to little flying guys. 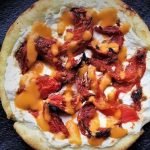