The history of whisky goes back many thousands of years and so many drinkers of it are unaware where it originated and how it has been developed over the years. This is we have put together a brief timeline of the history of whisky with some key dates noted.

The idea of distilling was first started off in the area of ancient Mesopotamia (this now covers Syria and Iraq). However, rather than being used for the purpose of producing alcohol, it was used in the production of aromatics and perfumes.

The process of distillation made its way over to Europe via the Moors and is first picked up by those within the Christiuan faith. They used it in order to make ingredients for various different ceremonies and medicines, including for smallpox, palsy, and colic.

At this point in history, whisky was already being distilled in parts of Scotland. The reason why we know this is because there was an entry in the Exchequer Rolls of the time which saw King James IV granting a quantity of malt to someone for the purpose of making aquavitae.

As a result of the merging of the two kingdoms of Scotland and England, thus creating Great Britain, there was a large increase in taxes, including of the English Malt Tax. This was very bad for the production of whisky, forcing many distilleries in Scotland to move underground and begin producing at night – hence the nickname, moon shine.

During the American Revolutionary War, whisky distillers resorted to using the drink as a form of currency. This was done off of the back of seeing just how much value it had to the general population of the country.

A Scottish grocer called John Walker started the production of his very own whisky. Later on this went on to be one of the best and most widely consumed brands of Scottish whisky in the entire world. However, John Walker was actually teetotal and never drank his own product. It was at a similar time that the Glen Scotia brand of whisky was established.

During the prohibition era in the United States of America, the production of any and all alcoholic drinks was banned for some 13 years. However, there was a single exception to this and that was for medicinal whisky, which was prescribed by doctors.

Thanks to the actions of American Congress in making bourbon whisky the official distilled spirit of the country, the drink really started to boom during this time. During this process, specific guidelines were put into place for the purpose of labeling a whisky as bourbon.

The launch of the American Whiskey Trail aims to promote areas within the country that have significant historical importance in the production of the drink. This includes locations in New York state, Virginia, Pennsylvania, Tennessee, and Kentucky. 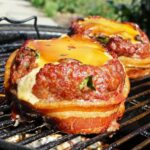 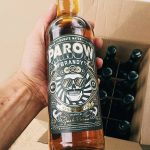