The benefits and dangers of moderate drinking have been hotly debated. Now scientists have found a daily glass of wine can be good for you – but only if you have the right genes.

Small quantities of alcohol protect against heart disease, but only for those who have a particular variant of a gene known as CETP TaqIB, researchers found.

It backs earlier studies linking this gene mutation with the health benefits of alcohol.

Professor Dag Thelle, of the University of Gothenburg, said: ‘In other words, moderate drinking has a protective effect among only 15 per cent of the general population.’

The study compared the drinking habits of 618 Swedish heart patients and 3,000 healthy controls with all the volunteers also undergoing testing for the particular CETP genotype. 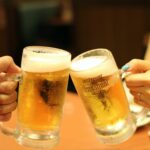 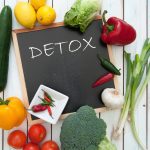 How to kick your liver back into shape after the festive season!