A Martini made with catitude!

The Meowtini pays homage to Bond villain Stavro Blofeld’s cat, the first White Persian to appear in a James Bond 007 film. Ever since the use of a white cat to characterize villains has become iconic.

Dr. Evil is holding a white Sphynx cat at the beginning of the first Austin Powers movie.

In Enter the Dragon, the villain Han has a white fluffy cat that he carries with him.

During Inspector Gadget, the Inspector’s nemesis Dr. Claw had his pet, M.A.D. cat.

Giovanni was the leader of Team Rocket in the original Pokemon animated series. He also had a Persian cat that he kept as a pet.

In the children’s movie Cats and Dogs, the cats are evil, and they are lead by an evil white Persian, named Mr. Tinkles.

Cats even come to play in the movie The Godfather. in the opening scenes, there is a cat on Don Corleone’s lap. It isn’t a white cat, but still, there is a consistency with the stereotype that villains have cats. 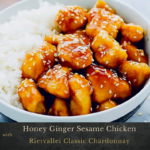 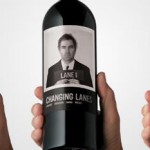