Actor, comedian and Scotch whisky enthusiast Nick Offerman has, since 2014, become something of an offbeat spokesperson for the Lagavulin Scotch single malt whisky brand since his famous character Ron Swanson on Parks & Rec first showed an affinity for it. He’s gone on since then to do ongoing digital content for Lagavulin, including his pretty famous Yule Log video. Now, in a further deepening of this partnership, Offerman has his very own bottling to brag about.

The new Lagavulin Offerman Edition Aged 11 Years, according to those behind it, is the product of “an authentic collaboration between Nick Offerman and Lagavulin distillery manager Colin Gordon.” Offerman helped to handpick the liquid as well as the bottle packaging, the latter of which “boasts his portrait, signature and personal quote: “I have traveled the world and sampled many attempts at pleasing nectars, but it is solely this distillation of Islay; a tiny, charismatic Scottish isle, that has claimed my palate. Yea, and my heart into the bargain.”

As it stands now plans call for this Scotch to be a limited edition offering, bottled at 46% ABV and pricing around $75 per 750 ml bottle. You’ll find some official tasting notes below for your consideration. 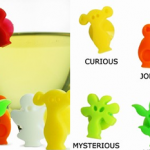