Shay Mitchell is getting into the canned cocktail business with her own brand of Sparkling Tequila. The flavors were inspired by two classic drinks – a lime margarita and grapefruit paloma.

The 33-year-old Pretty Little Liars actress teamed up with a distillery in Tequila that’s owned and primarily run by women to produce Onda Sparkling Tequila.

“Over the past year, as our friends drank hard seltzer with mystery alcohol and cheap ingredients, we were thirsty for something better,” adds Noah Gray, co-founder and CEO of Onda, in a press release. “We designed Onda to raise the bar by focusing on high-integrity ingredients we actually want to drink.”

Tequila with club soda is hands-down Shay’s favorite drink, so Onda is a natural extension of her tastes.  While she enjoys drinking it anywhere,  poolside and with tacos is her favorite, she says.

Onda is currently available nationally at drinkonda.com and in stores throughout the New York City area. 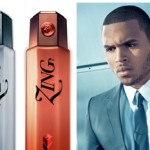