It’s a sombre payday weekend for most people as the doors of liquor retailers remain shuttered despite calls for the end of South Africa’s contentious ban on the sale of alcohol.

At the heart of the dry throats is the government’s reinstated alcohol ban this month that came with no warning after the first one was briefly lifted last month. A spike in trauma cases related to alcohol consumption led to the reinstatement of the ban following fears that hospital beds that could be going to Covid-19 patients ahead of the spike will not be available.

South Africa is expected to reach its peak in Covid-19 cases in September after crossing the 400 000 case mark this week.

The ban has seen distress suffered by big alcohol producers such as Distell, AbInbev all the way through to tavern owners and restaurateurs.

But the impact is also great down the value chain as glass makers keep their furnaces burning in the hopes that the ban can be lifted and they can begin to start clawing back the revenue they are losing.

At Consol Glass, the cost of the ban has been too high and is threatening to bring the 75-year old company to its knees.

Consol lost R3.5bn in sales and production during the first alcohol ban.

Every day, the glass producer has to keep its furnaces running, it costs some R8 million a day.

Turning the furnaces off means they will have to be rebuilt.

Although the company continues to generate revenue by producing glass for essential products such as containers for food, pharmaceuticals and non-alcoholic beverages, this only accounts for 15% of its total sales.

“We estimate the reinstated alcohol ban will have the same dire consequences as the first ban, another eight weeks of no sales means another R1.35bn lost to the business and the possibility of the closure of around half our facilities as well as further salary sacrifices and short time for employees,” said Mike Arnold, CEO of Consol Glass. 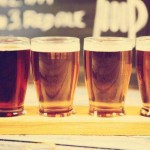