Since Amorim South Africa’s Recorking Clinic began giving classic old wines a new lease on life through the meticulous process of recorking, wines subjected to this process have found their way onto the platforms provided by various auction houses. And here, these Amorim recorked wines have achieved spectacular prices.

Among these was the R420 000 paid for a bottle of recorked Grand Constance 1821 at the Cape Fine & Rare Wine Auction. And recently, at the Strauss & Co Fine Wine Auctions, Chateau Libertas 1957 and GS Cabernet 1966, both iconic Cape wines recorked by Amorim, each realised a price of R91 040.

Higgo Jacobs, partner and curator at Strauss & Co Fine Wine Auctions, says the assurance offered by Amorim’s recorking plays a massive role in achieving these premium auction prices. “Recorking has its pro’s and con’s from a buyer’s value proposition point of view,” says Higgo. “It’s similar to art restoration. If the piece is completely pristine and original, then the curator will probably decide not to interfere at all and sell as is.” However, the issue with older South African wine is that it has varying degrees of storage and condition, and therefore has a poor reputation. “Even though we are entirely satisfied with the provenance of these rare gems, due to existing bottle variation, the only way to pass a guarantee of mint condition to the buyer is to recork under the highest standards. The other advantage is the extended life under the new cork.”

As to recorked South African wines extending their reach onto international auctions, Higgo says that future prospects are positive. “South African vintage wines don’t yet have an international reputation as a fine wine proposition,” he says. “Occasional sales of old Constantia sweets on London auctions can be seen as an exception perhaps, but this is also a very rare occurrence. With these brilliant examples from the Cape’s best vintages from the previous century, we are looking to restore this reputation. Recorking plays a large part in this mission.” 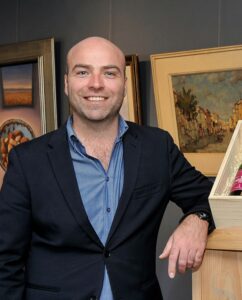 As the person responsible for these recorked wines ending in the catalogues of respected auction houses, Higgo says that the credibility of the wines offered is non-negotiable. “The first step is ensuring provenance of the seller, that is the person holding the wine and wishing to place it on auction,” he says. “We only consider stock for recorking from owners who we know for certain have credible stock. A good example is the most recent recorking of bottles of Chateau Libertas and Zonnebloem from the Winshaw family cellar. The current generation custodians of this cellar are busy restoring the cellar which belonged to their great grandfather, Bill Winshaw – the very man who founded Stellenbosch Farmers Winery, the creator and producer of these brands. Restoring these bottles is a matter of national heritage.”

The second step is tasting for quality. “I know what to expect from all these vintages, and only the best bottles are recorked and then considered for the Strauss auction catalogue. Both the cork and the seal applied in neck of the bottle have unique serial numbers. This warrants the recorking procedure, the authenticity and validation of which is captured on Amorim’s database as a warranty of the meticulous steps followed in the recorking process.” 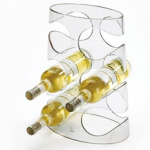