The wine industry breathes a sign of relief as we confirm  mega boozer,  Amy Winehouse (along with her new breasts) is back on her merry ways. Expect sales figures to shoot through the roof as speculation of a sober, well behave Winehouse can be put to rest.

After a fight with her new fella Reg Traviss, Amy apperently hit the bar scene in London Town.

A Sun newspaper informant said he saw Amy and her pose drink some champagne before starting on pink cocktails. They were having a great time.

After getting her wine-soaked-ass back to her hotel the cab driver reported she was totally gone. She’d no idea what she was doing. She said her boyfriend had no respect for her and was blubbing away.  He gave her a tissue.

An onlooker said: “A car nearly hit her as she walked in the road. It had to brake really hard.” 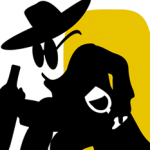