Andries Burger did not, perchance, find Pinot noir. The grape found, enchanted and overwhelmed him. The first and only cellarmaster at Paul Clüver Family Wines in Elgin, who has been at the helm for 26 vintages this year, not only pioneered Pinot noir in the cool-climate Elgin appellation but has become one of the leading voices propagating the merits of South Africa’s Pinot noir sector through his array of singularly expressive wines made from arguably the world’s most revered red grape.

“Starting out at Paul Clüver I had not been exposed to Pinot noir, although as a student and young winemaker the variety was obviously on my radar, something you’d heard about and tasted, but had no plans to immerse yourself in,” says Andries. “As the variety is to many youngsters today, Pinot was then for me a voice in the distance. In the 1990s the Cape’s Pinot noir offering was limited, with only a few winemakers taking up the challenge of vinifying this regal grape of Burgundy or having access to grapes planted on suitable terroir. With a sense of place and expression of the site being the most important factor in Pinot noir, the latter was the major reason why the variety has taken a while to be established in the Cape.”

As luck would have it, Elgin had in the 1980s been identified as a region suitable for the cultivation of Pinot noir. Ernst le Roux, a legendary South African viticulturist who worked for Stellenbosch Farmers Winery and Distell, initially mapped-out the soils, aspects and climate zones on the Paul Clüver family farm of De Rust. Along with Chardonnay, Riesling and Sauvignon Blanc, Le Roux’s scientific knowledge declared that as far as Elgin terroir went, Paul Clüver was in business with Pinot noir.

“My association with Pinot noir began, thus, simply and practically,” says Andries. “While the vines were planted and proved that they could indeed grow on the Elgin farm, Paul Clüver snr – also my father-in-law – suggested I go to Burgundy, the home of Pinot noir, to learn how a winemaker should approach this variety. We all say that wine is made in the vineyard – but even the most thoroughbred of horses needs a jockey to get it across the finishing line.”

Thus, after his first harvest at Paul Clüver in 1997, Andries swapped hemispheres, heading to Burgundy to work at Domaine Comte Senard in Aloxe-Corton under the watchful eyes of owner Phillipe Senard.

“I can’t truly begin to describe the influence this experience had on me as a winemaker,” says Andries. “Working with grapes and making wine in Burgundy is not about learning a process or getting to grips with the so-called ‘tricks of the trade’. In that region, it is about allowing for a new state of mind in your relationship with and outlook on wine.”

Culturally, this included living with a Burgundian family immersed in wine and obsessed with the various parcels of Pinot noir vineyard they were responsible for nurturing from vine to bottle. “Each vineyard – many situated in the revered Corton appellation of Grand Cru parcels – was spoken of as a family member,” says Andries. “What each vineyard’s soil profile was, the aspect, the specific traits the berries showed during ripening and when they arrived at the cellar for the process of being transformed into wine. Same variety – Pinot noir – but each site delivering a different wine due to the particular origin of its vineyard.”

The approach to winemaking was more that of a carer than a technician. “Natural ferment in open old barrels, gentle presses, barrel-aging and unrefined bottling…..simple, rudimentary steps to great wines,” he says. “The family would open a bottle of wine at 10.00 each morning to set the mood, and in-between the talking, tasting and sharing of information on the Burgundy region one would be exposed to all this legendary and robust cuisine that is such a vital part of that culture.”

Returning to Elgin, Andries says the first thing he did was to walk out to Paul Clüver’s Pinot noir vineyards.

“If I was going to implement what I had experienced in Burgundy, then my work as winemaker would be an extension of the vineyard, as the expression of site lies at the heart of the Pinot noir ethos.” says Andries. “In the late 1990s the Cape wine industry was only beginning to look at the role of site and to talk of concepts such as single vineyards. This has always interested me, and I was on the SA Wine and Spirits Board work group investigating the merits of single vineyards and how to get parcels and plots individually identified and registered. This focus on the uniqueness of individual terroirs has been one of the major reasons for the improvements in South African wine over the past three decades.”

Having gotten a handle on Burgundy and what good Pinot noir grapes needed, he was convinced from the outset that Paul Clüver’s terroir is conducive to excellence and individuality.

“Pinot noir is at home on the Paul Clüver farm here in Elgin – I think we have shown this by now. Hardy soils of tough Bokkeveld Shale with an underlying bed of clay to retain moisture. And, of course, the coolest climate of the Cape’s winemaking regions.”

So, what lies in Paul Clüver Pinot noir that makes it an expression of this particular site?

“The cool climate brings many factors,” says Andries. “One is a good colour in fruit – hence Elgin’s reputation for apples. The cold units and the diurnal temperature differences allow Pinot noir grapes to ripen with a good shade of purply red. Coolness also brings firm acidity, and for me, this is a vital feature of Pinot noir. Acidity presents freshness, the backbone on which Pinot noir’s multi-dimensional aromas and flavours latch onto. The balance between a good acid structure and the fruit’s expressive, pure flavour profile combines to reach that sweet spot of elegance and refinement.”

Having made 26 vintages of Pinot noir wines recognised as some of the best in South Africa, Andries says that the variety has allowed him to mature and express himself as a winemaker.

“Once you focus on the unique features of the vineyard, one becomes more attached to what each different season brings to the cellar in the form of the ripened grapes,” he says. “There is thus no recipe for setting the grapes on their journey into wine. Wild ferments are sometimes complemented with an inoculation if the fermenting must tells me it needs a bit of help. Depending on the character of the post-fermented wine I’ll adjust wood percentages before aging, as well as extend or shorten the maturation. Pinot noir is a journey, a continual voyage of discovery. And the greatest reward is allowing one’s customers to discover the magical character of a wine like no other.” 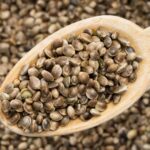 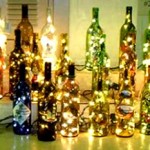