The Company of Wine People will give away branded footballs and run price promotions as part of a UK marketing campaign for its Arniston Bay wine brand during the FIFA World Cup.

The South Africa-based group is preparing a three-month World Cup campaign for Arniston Bay in the UK that will run from 10 May. The World Cup takes place in South Africa over June and July.

South African producers are hoping to use England’s involvement in the tournament to build on their recent surge in the UK. 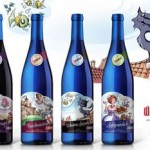