Bacardi is releasing a Halloween-themed bottle for its namesake white rum brand in the US.

The limited-edition concept, announced today, rolls out nationwide in the off-premise channel on 1 October. The glow-in-the-dark pack carries a jack-o-lantern design and will be available only in the run-up to 31 October.

The light rum segment has been in slight decline in the US in recent years. With volumes of just under 8.9m cases in 2013, the segment has slipped each year to 2017, before levelling off at an estimated 8.6m cases last year, according to figures from GlobalData.

Looking forward, however, GlobalData has forecast that volumes will inch up slightly over the next four years, hitting 8.82m cases in 2022. 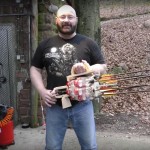