Drink giant Bacardi is rolling out the first fully biodegradable spirits bottle in the world.

Alongside its rum, 200 other Bacardi brands and labels will be bottled in the new sustainable alternative. Big names include Bombay Sapphire gin, Grey Goose vodka, and Martini vermouth.

The drinks maker is also rolling out paper bottles, made from sustainably-sourced trees.

Bacardi is not the first drinks empire to invest in the future of our planet. In 2019, the world’s number one tequila brand, Jose Cuervo, announced plans to introduce biodegradable straws made from agave fibers left over after tequila-making.

The Absolut group is also looking at a paper bottle for its Absolut vodka. The first production run wat set to go into testing November 2020, if successful.

Bacardi is set to roll out its biodegradable and paper bottle types in 2023. 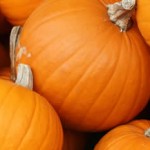