The latest face of Corona Extra is Bad Bunny, who appears alongside Snoop Dogg in the beer brand’s latest commercial, part of the “La Vida Más Fina” campaign they launched in August 2020.

Over the course of “Shellphone,” the two musical icons have a beachy, socially distant exchange. But what does Bad Bunny say in the Corona commercial?

The 30-second Corona Extra spot begins with Snoop Dogg strolling along the ocean, enjoying a cold beer when a seashell suddenly rings on the sand like a telephone.

“Say, baby, look, let me tell you something,” Snoops says when he picks up, reprimanding the person on the other end of the phone, who he thinks is his lover. “See, first thing, you can’t be calling me on my shellphone.”

The person calling actually turns out to actually be Puerto Rican singer, rapper, and songwriter Bad Bunny (real name: Benito Antonio Martínez Ocasio). “No, no baby, it’s me,” he says into the shell. “Bad Bunny!”

Delighted that it’s his friend rather than his “baby,” Snoop asks, “Where you at, player?” And that’s when Bad Bunny corrects his pronunciation: “It’s not player, it’s playa.”

“I’m from Long Beach, player,” the “Drop It Like It’s Hot” artist explains. “I know the playa!” 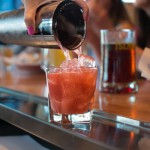 Make Any Cocktail Taste Better By Adding A Pinch Of Salt