There may be some good news brewing for fitness and beer enthusiasts: Somewhere in the north, a Canadian beverage company has concocted a low-alcohol, protein-packed “fit beer” that is expected to be marketed as a sports drink later this year, if funding allows.

The so-called Lean Machine “recovery ale,” created by a team of food scientists at Vampt, touts itself as a healthy alternative to traditional ales, with only 77 calories and 0.5 percent alcohol by volume. And it’s supposedly enriched with nutrients, antioxidants and electrolytes to help replenish the body after a good workout.

The idea, says Vampt founder Ian Toews, is to create a beverage that aligns with the active lifestyles of young beer lovers, while promoting responsible drinking.

“We just thought that maybe we could do something that would support a drinker, make it still socially fun, and help them accomplish what needs to be accomplished after an aggressive workout,” he says.

We wondered what science had to say about this seemingly contradictory, but nonetheless appealing, pairing. Can beer really join the ranks of Gatorade and Powerade to become the next go-to sports drink? 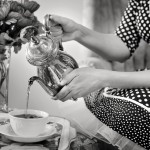