If you’re heading to Oktoberfest in Munich, you’ll need a little more cash for beer. This year, liter mugs of beer at Germany’s Oktoberfest will cost 11.24 euros on average ($13.11), a 3.8% increase over last year.

The prices mark the steepest increase in beer price since 2012, Bloomberg reports.

Oktoberfest started in Munich in 1810 as a celebration to honour Bavarian Crown Prince Ludwig’s marriage to Princess Therese von Sachsen-Hildburghausen, and it has continued annually since. While it originally took place in October, it was eventually moved to September—because the weather is better, and attendees could spend more time outside.

On average, 7 million liters of beer are poured at the festival, according to Statista, accounting for 75.7 million Euros in gross revenue. Beyond beer, the festival also earns money through the sale of Bavarian food and merchandise.

This year, German airline Lufthansa is offering passengers traveling to the festival on its planes something special: It’s tapping a keg on board. 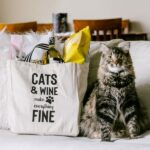 Cats And Wine Make Everything Fine