Boplaas wines were among top performers at the annual Veritas Wine & Spirit Awards announced this weekend, receiving five medals in one of South Africa’s most well-known championships.

Boplaas received three Double Gold medals and two Gold medals. The former is awarded when scores of 93/100 or more is achieved; and, the latter, for scores of 90 to 92.9. All the Boplaas medal-winners at Veritas were ports, a category that is synonymous with the Calitzdorp farm.

Double Gold went to the Cape Vintage Reserve Port 2017, a wine that has won several other awards including SA Champion at the SA National Young Wine Show; Port of the Year in Platter’s SA wine guide; and, Best SA Port at the Old Mutual Trophy Wine Show.

Double Gold also went to the classic Cape Vintage Reserve Port 2015, which emerged from one of South Africa’s best vintages in recent years.

The third Double Gold was won by the Boplaas Cape Vintage Reserve Port 2006 – another with many accolades including Best SA Port at the Michelangelo International Wine & Spirit Awards.

Furthermore, Boplaas was highlighted by UK Master of Wine Tim Atkin as maker of SA’s best port, awarding 96 points to its Cape Vintage Reserve 2004; and, was a trophy winner for Best SA Cape Port at the Old Mutual Trophy Wine Show. 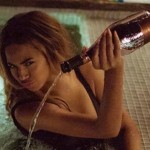 What to do with your leftover Champagne