Boplaas Family Vineyards has released a first-of-its-kind potstill brandy. Boplaas 2005 Single Harvest 17YO Potstill Brandy’s rarity in the Boplaas range stems from the spirit having been made from a single harvest and a single vineyard.

Just 1000 bottles of this limited release have been produced.

“The brandy holds a special place in my heart,” says Daniel Nel, sixth-generation distiller at Boplaas. “It was distilled by my dad years before I took over the distilling at Boplaas. With its completion now, it was my privilege that we could decide on the final blend together and that I could see it to market.”

Under Carel Nel, Daniel’s father, Boplaas’s distilling legacy was re-ignited in the 1990s. While its distilling history dates to the 1880s, Boplaas became the first estate to receive a distilling licence at the end of the government’s virtual monopoly on spirits production. Carel subsequently emerged as one of the leading lights for premium brandy in South Africa, producing multiple award-winning expressions for decades.

With Daniel at the helm of the distillery, the brandy has continued to flourish alongside a new expansion into whiskies that have expanded Boplaas’s renown.

“The Boplaas 2005 Single Harvest 17YO Potstill Brandy shows beautiful aromas of Calitzdorp stonefruits, peaches and apricot,” says Daniel. “It is remarkably fruity for a brandy of its age, a characteristic that was certainly helped by the 300-litre ex-tawny port cognac barrels we used. The tawny character blooms on the palate with candied orange, caramel, and nuts notes.”

According to Daniel, the 300-litre barrel makes for less surface area in contact with the spirit than a smaller 225 litre barrique, “which is what you want when ageing spirit for a long time in the Klein Karoo climate”. Here, the spirit ages much faster than in Cognac or Scotland.

“The pace is beneficial for younger brandies and whiskies because it brings a greater concentration of flavour and aroma in a shorter period. For spirits that need to age for longer, larger format barrels are better,” he says.

This knowledge of maturation has been passed down for generations in the Nel family which has produced brandy for close to 150 years. Its long history with wine and port to has dovetailed, giving Daniel access to an outstanding variety of barrels for the ageing of spirits. The tawny port barrels are especially suited for maturing and finishing whisky and brandy.

The Boplaas potstill brandy range consists of an 8-Year-Old, 12 Year Old and 20 Year Old. The latter two have both received five stars in Platter’s South African wine guide among their numerous other awards.

The Boplaas 2005 Single Harvest 17YO Potstill Brandy sells for R900/bottle and is only available from the Boplaas tasting rooms in Calitzdorp, Klein Brak and Plettenberg Bay. Orders may also be placed directly via email to admin@boplaas.co.za, for delivery anywhere in the country. 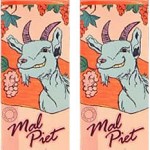