A brother and sister who ran a wine investment scam that netted them £5 million were convicted alongside their cousin yesterday.

The brother and sister team duped more than 100 innocent victims into investing in a scam after promising them a huge cash return.

The scam focused on purchasing large quantities of Australian and Italian wine, which was then due to be stored by the pair before being shipped around the world for a profit years later.

The pair hoodwinked clients using a web of lies and false documentation.

When victims pressed the Snellings for evidence of their investments, this wine was moved between accounts to fool them. Many victims were duped repeatedly, police believe.

Only one victim received a return but this was all part of a ruse to get him to reinvest the money.

When investors became suspicious of them, the Snellings used victims’ money to set up a fresh company designed to keep investors off their scent.

The Snellings were in the process of moving to a third company – M2M – when police arrested them in an intelligence-led operation in March 2010. 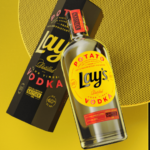 Lays Chips Has Finally Released Its Own Potato Vodka