Bruno Mars is no virgin when it comes to pairing expensive cocktails with his music and hits. He served SelvaRey rum cocktails at the 24K Magic Tour wrap party at the Forum outside LA in 2017.

A press release from the rum brand SelvaRey reads, “Fans can sip while they jam with the same dancing juice the Silk Sonic duo will be sipping themselves in celebration of their new album launch.”

Bruno Mars’ version of an espresso martini, designed to be paired with track number seven, “777.”

SelvaRey Chocolate is a full bodied, five-year-old rum infused with natural chocolate, and the bottle was the first flavored spirit to win the prestigious Chairman’s Trophy at the Ultimate Spirits Challenge. It also received the highest rating for any flavored spirit in the history of The Tasting Panel, with a score of 95 Points.

“Cadillac Mojito”, designed to be paired with the album’s intro track;

“Coquito”, a sweet and creamy cocktial paired with “Leave the Door Open”

“Owner’s Reserve on the Rocks,” SelvaRey’s 40% ABV Owner’s Reserve aged rum over ice. Mars suggests sipping on that drink while listening to track number three, “Fly As Me.”

To shake up some dancing juice cocktails while jamming to beats of Bruno Mars, head on over to the SelvaRey website for the recipes. 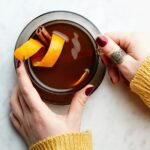 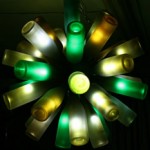 Turn your empty wine bottles into a striking light