If Futurama has taught us anything, it’s that robots and alcohol go together like peanut butter and jelly. The BarMixvah is a slick, DIY combination of the two: it’s a drink-mixing robot. All you need to build it is around $180 worth of supplies, a 3D printer, and the ability to follow instructions.

It’s the creation of DIY enthusiast Yu Jiang Tham, and he’s been good enough to share everything you need to complete your own BarMixvah. From the Blender 3D model to .stl files to print the parts — even the code that powers the web-based ordering system, it’s all there. The BarMixvah looks like a simpler version of the Inebriator, a bartending robot that two British fellows — an electrical engineer and IT consultant — have been working on since 2012. The Inebriator generated plenty of excitement when photos and video hit the web last year, and it’s clear that both club owners and technophile cocktail fans are very interested in getting their hands on a device like this.

Like the Inebriator, the BarMixvah is powered by an Arduino (a Nano, in this case). Once a thirsty user places an order from the web interface, it fires up five peristaltic pumps that deliver spirits and mixers to a glass parked on a drip tray. Tap the “make” button, and 20 seconds later BarMixvah has your cocktail ready to go. 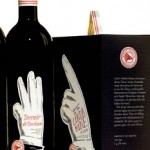