Caffeine and napping have something in common. Both make you feel alert and can enhance your performance, whether that’s driving, working or studying.

But some people are convinced that drinking a coffee before a nap gives you an extra zap of energy when you wake up.

How could that be? Is there any evidence to back the power of these so-called coffee naps? Or are we better off getting a good night’s sleep?

If you don’t get enough sleep, you incur what researchers call a sleep debt. You can build up a sleep debt without realising it, on purpose or when you feel you have no other option, like to meet work or other deadlines.

Taking a nap is a common way of overcoming your sleepiness and repaying your sleep debt. Drinking coffee can also help us get through the day. And since the 1990s, researchers have been studying how combining the two might help.

In a 1997 study, 12 sleep-deprived people drank the equivalent of one large cup of brewed coffee and five minutes later had the chance to nap for 15 minutes. They then did some driving tests in a simulator to check their alertness.

Although drinking a coffee (without a nap) helped their driving performance, combining caffeine with a nap (a coffee nap) improved it even further. People who took a coffee nap were less likely to drift out of their lanes on a two hour monotonous simulated drive, compared to when they just drank a coffee (and had no nap) or when they had a decaffeinated coffee (and without a nap). 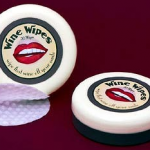