22 August is World Plant Milk Day. For many South Africans that phrase may sound a bit strange – what on earth is plant-milk, and why would it have its own day? Plant-milk refers to any milks made from plant-based ingredients (as opposed to milk from animals). And World Plant Milk Day (WPMD) is simply a day to celebrate the many benefits of these options.

Most of us would have heard of coconut milk, and many will be familiar with soy or almond milk – but according to food awareness NGO ProVeg South Africa, our local plant-based milk options are a lot more diverse.  Ahead of WPMD, ProVeg attempted to catalogue all of the options, and found 12 distinct types of plant-milk (plus a few blends), and well over 70 options when taking all the available brands into account.

The global growth in plant milk can be attributed to several key advantages that these options have over dairy milk, including health, environmental and ethical benefits. Recently taste is also being included in the benefits, and with so many different options to choose from it makes sense that most people will be able to find at least a couple of options they like.

The milk alternative market used to exist mainly for those people with lactose intolerance or those choosing to avoid dairy for ethical reasons. ProVeg South Africa Director, Donovan Will, explains that this is no longer the case “The local market for these products is growing rapidly for two reasons; firstly; South African’s care about their health, the environment, and how animals are treated – so if there are good tasting options that are offering benefits in these areas, then we’ll try them. And secondly; companies are making these products more accessible – most major retailers carry multiple plant-milk options, and restaurants and coffee shops are embracing the options too. SA’s top coffee chain, Vida for example, has 5 plant-plant options to choose from!”.

When looking at the environmental benefits of plant milks, one might stand out significantly in South Africa; “producing a single litre of soya milk requires 28L of water, in comparison to the 628L it takes to produce a single litre of Cow’s Milk”; for a country with ongoing concerns around water security, this statistic alone should be enough to encourage us to give soya milk a try. Plant-milks have several other environmental benefits, including less greenhouse gas emissions, less land use and less water pollution.

Interestingly, lactose intolerance isn’t the main reason for the growth in milk alternatives even though research shows that much as 75% of the world’s adult human population experience symptoms of lactose intolerance. Those with severe symptoms are usually aware that they are intolerant, but for the majority who suffer from milder symptoms of gas, bloating and abdominal discomfort, they have learnt to just deal with the symptoms, and don’t realise dairy is an issue for them until they remove it from their diet and feel the improvement.

Other health benefits of plant milks include significantly less saturated fat, no hormones or antibiotics, and no cholesterol. Some may be wondering about the specific nutrients, like calcium, that dairy milk has traditionally been praised for, but according to Dr Paul Palmer, Chiropractor and plant-based nutrition expert; “The research is clear – humans have no specific need for dairy milk as we can get all the nutrients we need from other foods. We all grew up being told that milk helps keep bones strong, but when we look at the studies we find no evidence of this, and in fact we find that populations that drink more milk have higher hip fracture rates and lower bone density”. This message is becoming more and more common, with Canada being the first country to officially drop dairy as a food group from their national dietary guidelines.

With so many benefits and so many options, you might wonder which ones are best. You may prefer some milk substitutes for baking and cooking and others for drinking. According to Will, “It depends what you’re looking for. From a taste point of view, everyone’s different – and even the different brands of the same type of plant milk taste different; for example, some soya milk are sweet and creamy, and some are closer to skim milk, and have no sweetness – so it’s best to try a few different options.”

To encourage more South Africans to experiment with plant milks around World Plant Milk Day, ProVeg SA has partnered with Food Lovers Market, who will be running a special on the Almond Breeze and Earth & Co. ranges, and with Vida e Caffè, who will waive the usual surcharge on all plant-milk options from 20 to 23 August. There’s never been a better time to give plant-milks a try. 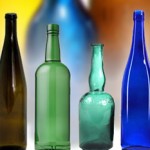