Who is the most famous person who probably got married drunk?

Britney Spears tops our list. Britney Spears had to be drunk when she married her friend, Jason Allen Alexander, at The Little White Wedding Chapel in Las Vegas, Nevada. She quickly rethought the decision and the marriage was annulled 55 hours later. 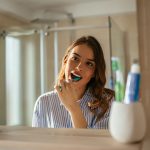