During the 18th century, ‘stretching’ or ‘cutting in’ wine was widely practised by Bordeaux wine producers that added wine from Spain or southern France to increase the amount of claret they could flog to the English. Appellation systems like France’s Appellation d’Origine Contrôlée (AOC) or Spain’s Denominación de Origen (DO) were developed specifically to prevent lesser wines being labelled as those from more prestigious appellations, and to stipulate and enforce which grapes or combinations of grapes were permitted.

But even today there are those who try to buck the system. In 2005, French company Vins Georges Duboeuf was found guilty of blending lesser wines with red Burgundy and selling them at infl ated prices. In March 2008, Italian producers were investigated for cutting their Brunello di Montalcino (100% Sangiovese) with other grape varieties. And in February this year, 12 French wine producers and traders were found guilty of selling 18 million bottles of Pinot Noir (actually cut with cheaper Merlot and Syrah) to US wine giant Gallo for its popular Red Bicyclette label. 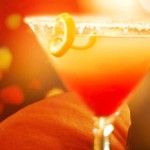