When the Chinese government announced a crackdown on lavish gift-giving in its effort to root out corruption in 2012, the wine industry braced for a slowdown in corporate entertainment spending. But John Watkins, the chief executive of ASC Fine Wines, never thought the restrictive policies would last.

“We all thought the anticorruption would be a six- or eight-month program. None of us imagined he’d double-down and deepen the reforms and policies,” recalled the head of China’s largest wine importer by value.

“We thought the second half of 2013 would recover. We brought in inventory” but sales of top wines—those at 5,000 yuan per bottle (US$804) or more—never did come back and have remained low, added the former aerospace executive, who joined the company just last year.

Mr. Watkins says ASC, a private company started in 1996, has returned to growth, though he didn’t disclose figures. China’s still drinking, he insists, and the growth lies in lesser-priced wines and expanding e-commerce. 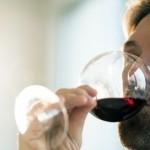