A Chinese man has been given a life sentence for illegally importing millions of dollars of fine wine into China.

Sun Xitai was convicted of forging invoices and import contracts to evade import duties on 70,000 bottles worth CNY45m (US$7.13m) between January 2004 and December 2009, the Beijing Times reported.

Sun altered the name, details and price of high-end wines imported from France, Britain and Hong Kong, stating they were cheap alcohol, the court said.

It is not clear which wines were imported, although one report said there were large amounts of Chateau Lafite, Latour and other blue-chip wines. 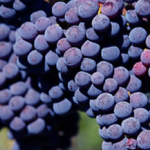 What’s the most planted grape?