Coca-Cola increased its production of throwaway plastic bottles last year by well over a billion, according to analysis by Greenpeace.

The world’s biggest soft drinks company does not disclose how much plastic packaging it puts into the market. But analysis by the campaign group Greenpeace reveals what they say is an increase in production of single-use PET bottles from 2015-2016.

The increase puts Coke’s production at more than 110bn bottles each year, according to Greenpeace.

Coca-Cola has confirmed that single-use plastic bottles made up 59% of its global packaging in 2016 compared to 58% in the 12 months before.

The scale of production contributes to a plastic mountain which is growing vastly year on year. Figures obtained by the Guardian reveal that by 2021 the number of plastic drinks bottles produced globally will reach more than half a trillion. 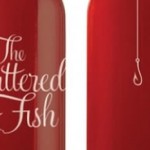