Coca-Cola Beverages South Africa (CCBSA) is rolling out the 2L returnable PET bottles across Northern Gauteng, Limpopo and Mpumalanga after it was initially piloted in the Eastern Cape. Consumers could save up to R7 per bottle of their favourite beverage depending on where it is purchased.

It’s not just Coke, you will be able to receive a deposit on the following products in 2L bottles – just check for the RETURNABLE label printed in a green strip on the front of the bottle:

“We have seen customers in the Eastern Cape opting to switch over to purchasing the returnable 2L bottles and returning them after consumption,” says Velaphi Ratshefola, Managing Director of CCBSA.

Returnable PET is part of The Coca-Cola Company’s World Without Waste vision that aims to collect and recycle the equivalent of every bottle and can that it sells globally by 2030. This focuses on the entire packaging value chain, from how bottles and cans are designed and made, to how they’re collected, recycled and reused later.

What happens to the returned bottles? Once a bottle is returned to Coca-Cola Beverages South Africa, it will go on a looped journey to be cleaned to Coca-Cola’s stringent measures and requirements, then refilled to start its next lifecycle.  When the bottle reaches the end of its useable lifecycle, it joins the recycling value chain and is repurposed into another PET product. 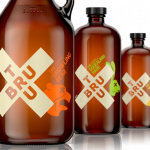