Marijuana and beer have always had a connection. Hops plants and cannabis are members of the same genus and have a closely related molecular structure. (And we won’t even get into how many brewers like to sample both.)

Those ties are slowly becoming more formal, though. In 2015 and 2016, Aurora, Colo.-based Dad & Dude’s Breweria offered tastings of General Washington’s Secret Stash, a cannabis-infused beer, at the Great American Beer Festival—to consistent long lines. And earlier this year, Lagunitas rolled out a limited run of Supercritical, an ale brewed with Cannabis terpenes, aromatic compounds of fragrant oils from the cannabis plant that give it distinctive flavors and aromatics.

Neither of the beers, it’s important to note, include any mind-altering THC. That’s stripped out before the brewing process. But the terpenes give the beer a different flavor profile. (In Supercritical’s case, it results in a tangy, bold earthy ale that has strong grass and lemon notes.) 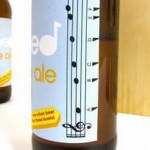