What is the average advertising attention span of a millennial? About 15 seconds. Just ask Sean “Diddy” Combs.

If you want to know why, read on, but it has something to do with the ad above. And if you are between the ages of 18 and 34, be warned: This might take a few minutes to explain.

I won’t start at the beginning. That would take too long.

But we do have to rewind to 2007. That is when Mr. Combs partnered with Diageo on Ciroc vodka. Thanks to the hip hop mogul’s creative input, the brand took off, and sales are still strong.
Flash forward to to 2014, when Mr. Comb and Diageo made their next big big liquor play. They formed a joint venture and bought DeLeon Tequila, an upscale brand that had a following among the Hollywood elite and in the music industry. 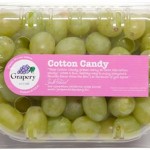