Drinking beer can lift your spirits as it contains an ingredient that stimulates the brain’s reward centre and makes people feel good, scientists have found.

Some foods make us feel good, which is why we cannot stop eating when we have had enough.

Scientists call this hedonic hunger – the drive to eat for pleasure rather than to satisfy an actual biological need.

This feel-good effect is caused by the neurotransmitter dopamine – tempting foods stimulate the reward centre in the brain where the dopamine D2 receptor is located.

Researchers from the Friedrich-Alexander-Universitat Erlangen-Nurnberg (FAU) in Germany investigated whether there are special substances in foods that activate the dopamine D2 receptor in the same way as dopamine.

The team used a virtual screening approach – a process that analyses food components in a computer simulation rather than in the laboratory.

The scientists set up a database of 13,000 molecules which are present in foods to find those molecules that fit the dopamine D2 receptor.

The system was then used to identify which molecules could interact with the dopamine D2 receptor; these might be present in synthetic substances already known to interact with the receptor, such as medicines for treating Parkinson’s and schizophrenia, or which might be candidates for interaction due to the three-dimensional structure of the receptor.

In the end, 17 of the original 13,000 options were selected and these were analysed in the laboratory. 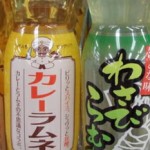