The ice cream company made the announcement on Twitter, posting artwork of the country singer with a rose in her hair alongside text which read “Specially made for Dolly Parton”, Jeni’s Splendid Ice Creams wrote on Twitter: “Jeni’s × @DollyParton Benefitting @dollyslibrary COMING SOON.

Sales from the upcoming flavour will go toward the Imagination Library, which is the non-profit organisation founded by Dolly in 1995 that gifts free books to children from birth until they reach five years of age to encourage early reading.

The news of Dolly’s charitable sweet treat comes after she recently asked legislators in Tennessee not to move forward with plans to erect a statue of her outside of the state’s Capitol building.

Tennessee State Representative John Mark Windle put forward a proposal in January that would see a monument in Dolly’s likeness placed in front of the Tennessee State Capitol building in Nashville, but the ‘Jolene’ singer protested the idea in February when she said she doesn’t think it’s “appropriate” to put her “on a pedestal”.

In a statement, Dolly said: “I want to thank the Tennessee legislature for their consideration of a bill to erect a statue of me on the Capitol grounds. I am honoured and humbled by their intention but I have asked the leaders of the state legislature to remove the bill from any and all consideration.

“Given all that is going on in the world, I don’t think putting me on a pedestal is appropriate at this time. I hope, though, that somewhere down the road several years from now or perhaps after I’m gone if you still feel I deserve it, then I’m certain I will stand proud in our great State Capitol as a grateful Tennessean. In the meantime, I’ll continue to try and do good work to make this great state proud.”

Days later, Tennessee congressman Jeremy Faison accepted Dolly’s wishes and said that whilst the bill was still on the table, he believes his colleagues will rightfully respect Dolly’s decision and scrap the idea. 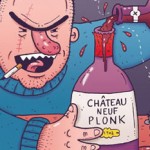 How to make good use of bad wine