How to get into shape for Christmas without compromising on the fun? It’s the dilemma of the festive season.

Although many of us want to shift the pounds, diets that ban alcohol are something of a curse in December – the most sociable month of the year.

But raise your glass to the latest one taking New York by storm. The Champagne Diet not only allows alcohol, but actively encourages a daily flute or two as part of a weight-loss plan.

According to Cara Alwill Leyba, 31, who came up with the regime, the Champagne Diet is two parts healthy living, one part fun.

Following the plan, she claims to have transformed herself from someone constantly depressed about her weight to a slimmer woman with more of a lust for life. And, she says, it could work for you.

Cara, who works for MTV in New York, says she battled with the scales for years and was constantly trying new diets, but found nothing that worked.

“You name it, I’d done it,” she says. “Atkins, Weight Watchers, Dukan. I’d been chubby since I was a child and hated it. I constantly felt down about my weight.” 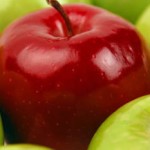 Organic food is not a healthier option