A new report from just-drinks has suggested that the dynamism and growth of the flavoured vodka category, for so long one of the key engines behind the vodka sector, is in decline.

According to ‘just-drinks on-trend: vodka flavours review‘, which has been published this week, while the flavoured sector has provided the growth within a becalmed overall vodka category in recent years, the growth in the flavoured market has been slowing down. The flavoured vodka market increased in 2012 by 5.6% to 23.3m cases, but this represented a slowdown from the 7.8% achieved in 2011 and the 9% growth registered in 2010. 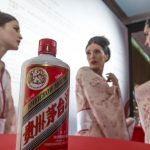