The statistics are in and the big winner is anyone who happens to market vodka–especially gay vodka. With gay men, a whopping 45% of those surveyed drink it. (With straight men, it’s only 26%.)

Everyone else is either a recovering alcoholic or a liar.

As for lesbians, their tastes are slightly different. Why?

Because lesbians are not only all different from each other, just like snowflakes, but they’re extremely different from gay men, linked only in their humanity, their homosexuality, and their love of stripes and polka dots.

So actually, they’re not all that different, except for one thing: Tequila is life’s blood to them.

35% of the polled lesbians slurp the stuff down as if it were the heavens’ rain, way more than gay men, straight men, and straight women would ever imagine doing, even when severely parched. 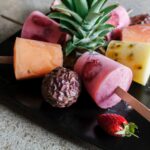 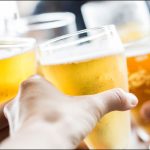