The manufacturer hopes the 100% green tea, no-nicotine cigarettes can be used to quit smoking

The thing: Billy55 is a new company that has created a cigarette made purely of green tea—with no nicotine. While new in America, it’s been commonplace in Vietnam for at least a few decades, which is where acupuncturist and Billy55 founder Ranko Tutulugdzija found it.

As an acupuncturist, Tutulugdzija said he had lots of patients trying to find a natural way to quit smoking, and he remembered seeing green tea cigarettes—rolled green tea leaves with no nicotine in them. The idea? “Get the smoker to have the same sensation as smoking,” Tutulugdzija told TIME. “They don’t feel as guilty and they have more motivation to stop.”

The cigarettes, named after Tutulugdzija’s mother Biljana—referred to as “Billy”—come in regular and menthol varieties and are made out of tea originating from Nanjing and Beijing in China. They cost $2.50 per pack. 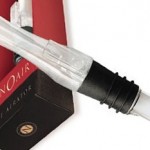