Don’t call it a buzz kill.

Some of the largest beer companies in America are promoting “Dry January,” the annual challenge refraining from alcohol for an entire month in an attempt to detox from overindulging during the holiday months.

Heineken rolled out what it calls its January Dry Packs, similar to an advent calendar, that feature 31 cans of its non-alcoholic Heineken 0.0, which debuted at the beginning of 2019. Consumers are meant to crack open a can of the booze-free beer every day for a month. Each beer contains 69 calories (a can of Heineken contains 150). The packs will be free to fans available in cities like New York, Los Angeles, San Francisco, Philadelphia, Boston, Las Vegas and Washington, D.C., while supplies last.

The non-alcoholic beer category has been associated with the negative stigma of being the odd one out if you weren’t drinking socially or not having fun, but that’s changing, Cahill said as demand for non-alcoholic beverages surges among consumers who want to live healthier lifestyles, and have the option to drink a quality product without consuming alcohol. 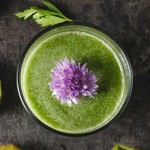