The When You Drive, Never Drink campaign is based on a father and son who reenacts a relatable story of familial rivalry where the pair compete with each other in activities such as tennis and fishing. The TV commercial highlights that no matter how confident a driver you are, the best driver is always the one that doesn’t drink and drive.

The insight for the campaign was drawn from Heineken®’s global research on drink driving triggers. This shows that overconfidence in driving ability after consuming alcohol is a key cause of drink driving. The research also showed that the prominence of alcohol-free options, including Heineken® 0.0, made a positive impact on drink driving behaviour.

Gianluca Di Tondo, Senior Global Brand Director Heineken® said; “For our When You Drive, Never Drink campaign to have impact, we first needed to delve into the deep-rooted causes of drink-driving. Our global research discovered that, while people don’t set out to drink and drive, often when we’re at the point of decision making, our good intentions falter in the face of temptation. These insights have given us the opportunity to better target our marketing to make real impact by developing a new communications campaign which focusses on the root causes of drink driving.”

Nico Rosberg, Heineken®’s When You Drive Never Drink ambassador said; “Heineken® has devoted part of its F1® partnership to conveying a clear and compelling responsibility message that I myself share – one that leaves consumers in no doubt – when you drive, you never drink. The latest campaign conveys a really powerful message that, regardless of whether you’re a professional driver or not, abstinence behind the wheel is the only option.”

The campaign includes a 30, 60 and 95 second film, supporting digital and social assets and will be launched in multiple countries around the world. 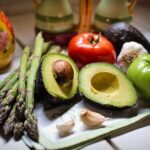 The Importance Of Using Quality And Fresh Ingredients For Food Businesses