Heineken South Africa will be cutting its local staff by about 7%, because of the ongoing ban on alcohol sales. The Netherlands-based company employs 1 000 people at its South Africa operations.

The beer producer is not the only major alcohol manufacture who has been adversely impacted by the three bans imposed by the SA government on alcohol sales. This week, Distell announced its investment in a dagga business while SAB is taking legal action against the government. Key players in the South African wine industry pinned an open letter to President Cyril Ramaphosa, outlining the impact the alcohol ban has on the livelihood of thousands of citizens and begging him to lift the ban. Craft beer employess has been left desperate and destitute.

Heineken, which suspended a R6-billion expansion project in August 2020, said it had to restructure its South Africa operations because of the impact the pandemic has had on its business in the past year.

“Unfortunately, this review will mean that we need to reduce the number of employees across some roles,” the beer and cider producer said on Tuesday night.

Heineken South Africa’s human resources director Yvonne Mosadi said the company had not made the decision to retrench easily.

“Prior to considering this action, the company implemented various cost mitigation measures throughout 2020. Unfortunately, given the ongoing challenging situation the company finds itself in, these measures are no longer adequate to manage and sustain the operating costs of the business,” Mosadi said.

The company said it will also continue to review its cost and organisational structure to ensure it is fit for the future needs of the business, particularly during this tumultuous period. 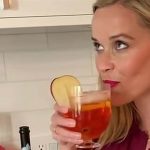 Reese Witherspoon Shares Her Aperol Spritz Recipe With A Twist