South Africa exports a lot of wine. In 2020, local wine producers sent just under 318 million litres abroad, or roughly one-third of all wine produced. And thanks to Covid-19, this was significantly down from previous years when winemakers exported between 420 and 525 million litres per year.

This means there’s a lot of South African wine floating around in overseas markets; in particular, the United Kingdom, Germany, the Netherlands, USA, Sweden, Denmark, France, Canada, and Belgium.

How South African wines become prominent brands in foreign markets is a complex question and primarily down to distribution deals struck by big wine producers.

Those that end up dominating supermarket and liquor store shelves abroad likely do so due to a combination of factors, including marketing, monthly output, quality, and price point.

For this reason, it’s not always the country’s most decorated wines that appear in great numbers abroad. Often, those that appeal to more palates, come at a reasonable price in high volume, have a catchy brand, and have secured powerful distribution deals are the products that become the best-known elsewhere.

According to Maryna Calow, communications manager for Wines of South Africa, South African producers export wine to over 110 countries each year, and with different brands appealing to different markets, few are found prominently across all of South Africa’s export countries.

“Our wines have become known for their quality offering and are often seen as the go-to for consumers around the world, with many of our brands having carved out solid positions in the international off-trade arena,” Calow told Business Insider South Africa.

Although experts are hesitant to commit to views on which wines might be South Africa’s most ubiquitous, Kleine Zalze, Douglas Green, Warwick Estate, Nederburg, and Two Oceans have footprints large enough to understand how much less South Africans pay for these wines.

For example, according to the wine shopping and review website Wine-Searcher, you will pay an average of R183 for a bottle of Two Oceans Sauvignon in the United States. The same bottle here costs roughly R52.

Kleine Zalze’s Bush Vine Chenin also has a vast global footprint: and there’s a 58%, or R95, the difference if you buy it in the United Kingdom rather than South Africa.

In general, the most expensive wines abroad tracked by Business Insider are in the United States, where there’s a low of 62% and a high of 113% difference between South African prices and US prices. 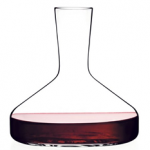