For centuries, the one-square-mile London neighborhood of Soho has been the entertainment hotspot of England’s capital. Nowadays, it’s the center of London’s LGBT community, and plays host to upscale restaurants, jazz bars, private members clubs, theaters, and the remnants of a once bustling sex industry.

Very soon, the neighborhood will also welcome the naturist community after one of Soho’s oldest and most famous pubs became the first in London to receive a nudist license.

A local institution since it opened in 1847, current landlord Alastair Choat describes The Coach & Horses as “very much a traditional old boozer.” Speaking to CNN Travel, Choat explained that the application for the nudist license is part of an ongoing campaign to fight a takeover by Fuller’s.

London brewery Fuller’s has owned the establishment since 2011. Fuller’s doesn’t want to renew Choat’s lease when it ends this June and instead wants to bring in its own management.

According to Choat, the brewery also wants to spruce the place up, a move he says will be unwelcome among patrons. “They’re going to make it glorious in terms of their painting and decorating, but it’s never been like that ever. And that’s why people come here,” he says. 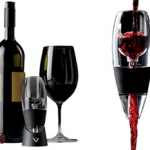