A 30-year-old man from the UK was hospitalized after taking a swig of 1786 Satan’s Shot, a vodka infused with one of the hottest chilies in the world, reports the International Business Times.

Emma Mirrington, from Farncombe, UK bought the Carolina Reaper pepper-infused booze at the Guildford Cheese and Chilli Festival and shared it with her group of friends. One of them got so ill that they had to call an ambulance.

“There were about eight of us affected,” Mirrington told the IBT. “I have never seen anything like it.”

A rep from the label told the IBT, “I know people have reactions when they have something too hot, but there’s a warning on the back of the bottle.”

“Only Satan himself is brave enough to drink this vodka neat.”

“If you feel fearless and want to drink with Satan, you will feel like you are burning in hell itself.”

A South East Coast Ambulance spokesperson confirmed paramedics had attended the scene and taken one person to the Royal Surrey County Hospital.

They said they were called to reports of a “man aged in his 30s and unconscious” at The White Hart pub.

“It was reported to us that he had consumed a particular type of vodka,” they added.

A spokesperson for the Cheese and Chilli Festival said the company which made the vodka has “all the licences required and is a reputable company”. It said rumours which spread on social media that the drink may have contained anti-freeze were false. 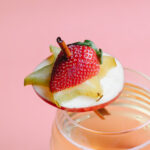 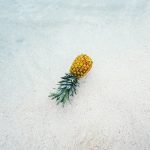 Make Your Own Alcoholic Pineapple Brew