Over the Fourth of July holiday, Zoë Kravitz made headlines when she married her longtime boyfriend, Karl Glusman, in Paris. Her famous parents, Lenny Kravitz and Lisa Bonet, attended, along with stepdad Jason Momoa, Denzel Washington, Donald Glover, and most of the cast of Big Little Lies, including Reese Witherspoon, Laura Dern, and Shailene Woodley. The rehearsal dinner held at the storied Restaurant Lapérouse near the Pont Neuf was “a tremendously joyous party,” co-owner Grégory Lentz told People. “There was so much love in the room. There were toasts and they were moving into tequila when I left.”

That comment about tequila caught my eye, and reminded me of another celebrity tidbit from earlier this year: In a Twitter video that went viral on the night of the Oscars, newly-minted best supporting actress Regina King watched in a bit of a daze as her name was engraved on the Oscar statue. She then turns to the camera, points to the entryway to the Governors Ball, and says, “I’m going to have a tequila in there. I’m going with what does me well.”

These two celebrity anecdotes illustrate an interesting fact, which is that tequila is now not only popular and widely served—luxury tequila has been making inroads for at least a decade now—but it is also perceived by many to be “healthy” or at the very least, “clean.” It’s what you drink if you are conscious about “wellness.”

Consider the evidence: Actresses who stroll the red carpet in form-fitting gowns drink tequila. So do influencers posting their abs live from Fire Island, as well as Peloton moms from Greenwich, and CrossFitters devoted to meal prep. And these affluent, motivated consumers are just the vanguard of a larger trend. Strong sales of tequila drove overall growth in the spirits industry in 2018, according to Nielson, in particular in restaurants and at luxury or premium price points. There’s plenty of reason to think tequila sales will continue to climb. White and silver tequilas, anejos, and mezcals are the fastest-growing categories in what is shaping up to be a highly-fragmented market.

Once identified with only a few players (Jose Cuervo, Patron) and favored by hard-partying frat boys and bachelorettes, tequila is now the drink of choice for the wellness-minded, educated consumer. When you stop and think about it, that’s a remarkable marketing story.

“People talk about tequila as the only paleo-friendly spirit because it doesn’t use grain or wheat,” says Stefan Wigand, the co-founder and CMO of Madre Mezcal, one of the dozens of small-batch brands growing in popularity. “The wife of our CEO is a big-time paleo expert and, for her, agave spirits are the one and only option.” 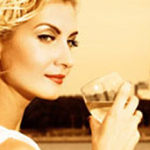 Wine was discovered by a woman