There are a lot of questions as to where exactly rum was “invented” originally.  Rum has been around since ancient times. Nothing if not old, it is practically forced to walk with a (sugar) cane. Though it wasn’t first distilled in plantations until the 17th century, rum is believed to have existed thousands of years prior in the form of brum, a drink made by the Malay people. In the 14th century, Marco Polo, an explorer, wrote about a wine made of sugar, giving further credence to the belief that rum was around before the 1600s.

Whether you call it rum, ron or rhum, this sugar cane based drink must have got its name from somewhere. Where this was, no one is quite really sure. One rum fact most people appear to agree on is that the name probably originated in Barbados, generally considered the birthplace or home of rum. Sugar cane has been grown on this southern Caribbean island for centuries, originally by British settlers. Even though it may have been one of the first islands to produce rum, it was not the first country in the New World to grow sugar cane. It was Christopher Columbus who bought sugar cane across the Atlantic on his second voyage, to Hispaniola. By the sixteenth century the Spanish were growing sugar cane on a large scale in Hispaniola, Cuba and Puerto Rico. All of these countries today are still large rum producing countries, with similar style rums.

In an 1824 essay about the word’s origin, Samuel Morewood, a British etymologist, suggested it might be from the British slang term for “the best”, as in “having a rum time.”

As spirits, extracted from molasses, could not well be ranked under the name whiskey, brandy, or arrack, it would be called rum, to denote its excellence or superior quality. 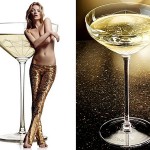